The mission of Temple Beth El is to provide a house of Conservative Jewish worship which fosters spiritual fulfillment, Jewish theology, life-long Jewish education, and community support throughout the cycles of the seasons. 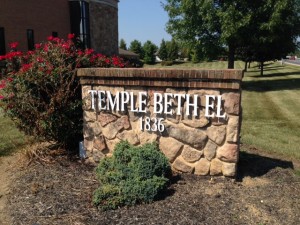 Temple Beth El is a member congregation of the United Synagogue of Conservative Judaism (USCJ), observing Traditional Judaism within the framework of modern living. Through religious services, religious school and adult education, the congregation strives to develop a sense of family and community among members and to encourage growth and understanding of Jewish identity.
As Conservative Jews, our philosophy is to remain committed to the Halacha, Jewish law determined by our tradition, while also allowing for change and growth. This differs from the Reform approach, which views ritual law as a matter of personal choice, and the Orthodox approach, which adheres to a stricter interpretation of Jewish law. In Conservative Judaism, all decisions of Jewish law are not made by the individual. Instead they are determined by the Committee of Laws and Standards of the Rabbinical Assembly of America. The Religious Committee of Temple Beth El, along with the Rabbi, periodically reviews issues of law and practice as they arise.

While in Lancaster City, Temple Beth El was a vibrant member of the community and participated for decades in “Town Fair” each autumn. Our members have always been active in Lancaster’s Jewish communal organizations reflecting the central value of Conservative Judaism, “Klal Israel,” our responsibility to the Jewish world.